PROSPECT HILL CEMETERY
Our Mission:  To preserve and maintain the Cemetery, enhance its historic value, and provide information and education about the Cemetery’s history to the Omaha community and beyond. 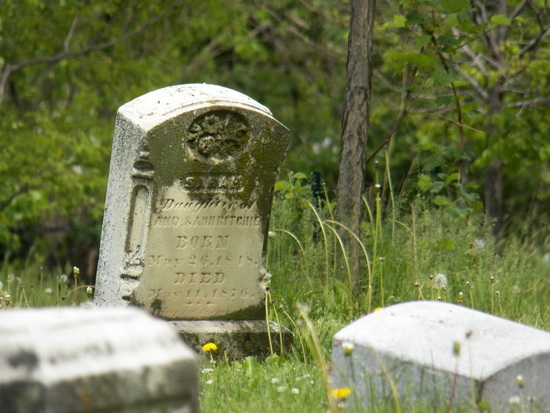 History.  Omaha’s first settlers arrived in 1854 and the town grew quickly.  Following authorization of cemeteries by the Territorial Legislature in 1858, Prospect Hill Cemetery officially began with Burial Permit #1, that of Alonzo F. Salisbury, Omaha pioneer and member of the Legislative Council in the Third Session.  Since then there have been approximately 15,000 burials recorded here, including those of many Omaha pioneers––Deuel, Gaylord, Hall, Hanscom, Hitchcock, Kennard, Kountze, Krug, Lake, Lowe, McCague, Metz, Millard, Poppleton, Redick, Reed, Shinn, and Anna Wilson and her good friend Dan Allen––Omaha developers, religious leaders, mayors, judges, and benefactors, for whom Omaha streets, parks and schools were named.

Military Burials.  There are military burials from the Civil War and early-day Omaha Barracks (later Fort Omaha, now the Fort Omaha Campus of Metro Community College) as well as many from armed conflicts dating back to the War of 1812.  The Cemetery’s Spanish-American War memorial, dedicated in 1900, commemorates Nebraskans who fought and died in that war.

Recent Improvements.  In 1979, Prospect Hill was designated an Historic Site by the Landmarks Commission of Omaha and by the Omaha City Council.  The Prospect Hill Cemetery Historical Site Development Foundation was formed to aid in the development of the historical and educational aspects of the Cemetery.  Information on many of those interred here, mostly gathered from relatives, was collected into a book (Omaha’s Historic Prospect Hill Cemetery). Improvements to the house and grounds have been accomplished with the help of many interested parties.  A Nebraska State Historical Site marker was erected near the entrance.  Volunteers have worked to locate veterans’ graves, as well as the graves of African-Americans and Native Americans who have been part of Omaha’s history.

Current Activities.  Memorial Day services are held each year, with special music provided by the Prospect Hill Preservation Brass Ensemble.  Recently, the Foundation Board has developed an educational outreach plan to enhance the teaching of the region’s history in local schools, along with materials to make the Cemetery’s resources available to a wider audience.